Haven't posted in a while, some pictures from the past months 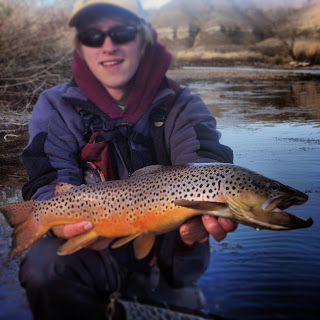 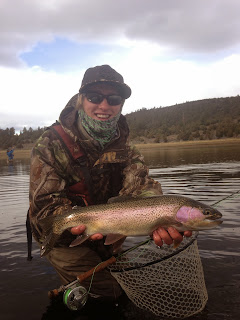 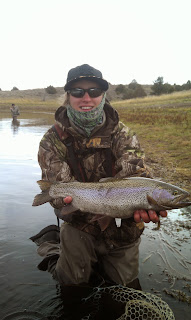 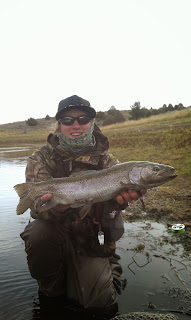 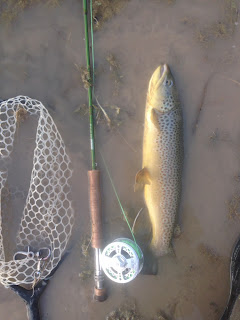 Long over due, Utah and the trip home 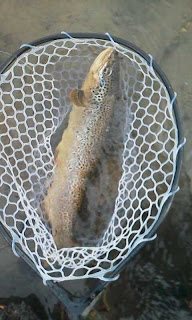 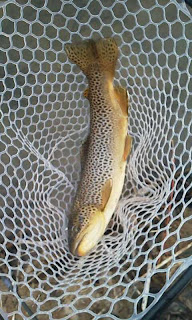 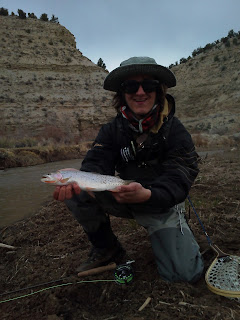 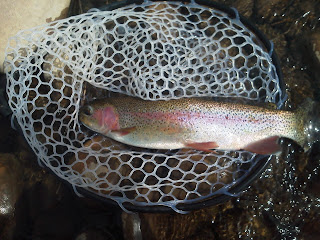 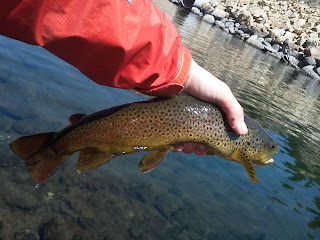 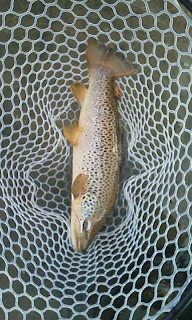 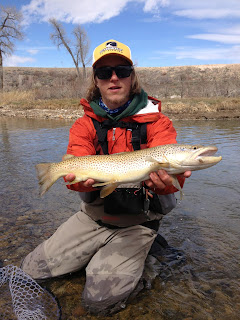 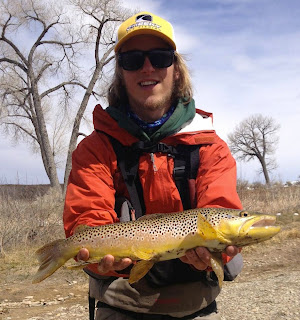 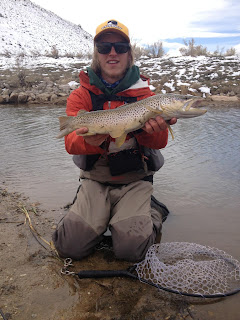 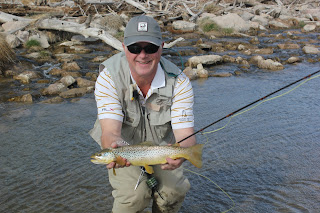 the past 10 days have been great fishing on the provo out here in utah.  PMD's and caddis are catching tons of fish.

Long story shot i've been using my 1 wt. catching some nice fish, nothing huge with the bigges at 18".
Got this one yesterday on a PMD in the middle of the day, he took me down river two pools before i could get him in the net!  A very health 18 with some nice colors, a start of a kype, and some huge fins. 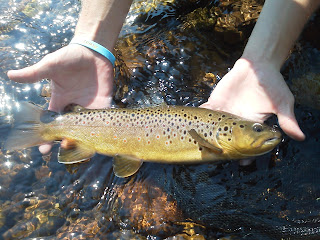 Posted by Blake Frautschi at 7:45 PM No comments:

Well, I've been getting out fishing quite a bit, most of it without a camera.
It's not too bad only having class 3 days a week!

So far the fishing hasn't been spectacular, other than the one night i spent on the green (my camera and phone were dead)


Within the next two weeks i'll get some real pictures and have a better update!
Hope the end of everyones summer is going well

Well title pretty much says it all, drought and heat in wisconsin made it so i didn't fish a whole lot throughout the summer, and when i did end up going there wasn't too many days worthy of a write up.

Last friday I moved into my apartment in Salt Lake City, Utah for school... i mean for fishing and skiing...

Ended up going today with a few friends on the Middle Provo, pretty slow fishing,  they each got their first trout on a fly rod though!  I ended up with just two fish, at least both were of pretty good size at about 17inches a piece.

I've got tuesdays and thursdays off, get out of class at noon on friday, so i should be getting in a lot of fishing, which means i should start posting more again!

Other than the fishing being kinda slow this summer for me,  2012 has been probably the best year of my life so far, hope everyone else's year is going well
Tight lines
-Blake
Posted by Blake Frautschi at 1:37 AM 3 comments:

Just got done editing the second video from the year!
Shot entirely in wisconsin, in the month of may!

Check it out and let me know what you think!
http://www.youtube.com/watch?v=VTMbP4YFgWs&feature=youtu.be

I think i'll be trying to do monthly edits throughout the summer. Hopefully I'll be doing a little more filming in june than i did in may,  it didn't turn out quite as good as i would have liked, but i had a bit of a lack of footage.  I guess that just means June's video will be better!
Posted by Blake Frautschi at 11:03 PM 2 comments:

Muskies over memorial weekend (and other fish too)

We headed up to the cabin in northern wisconsin on friday, got there about 430pm and went right out to the dock to do a little fishing.  Throwing a rainbow trout pattern rapala I had a hit, it ended up being a skinny 36 inch muskie with a very good "bar" pattern. Not a bad way to start off the weekend either!

Later that night we went down to on of our favorite spots on the local river in search of some smallies and walleye.  I decided to use the fly fishing gear and I'm glad i did!  Right away i landed a nice smallie, then a few casts later i had another hit... it was a muskie! I was throwing an articulated black leech and using my 6wt. rod with 0x tippet.  I played him till i thought he was ready, then hopped in the water to try and grab him (we didnt have a net or anything to help me out)  I grabbed the leader and slowly pulled his head to might right so i could grab his tail with my other hand.  As i was reaching for his tail he gave one last big headshake, and the line broke, "my" muskie went swimming away with my fly.

We kept fishing and caught quite a few more smallies and my dad even caught a fat little muskie, about 27inches, and we caught 5 walleye, including my personal best on a fly rod 22.5"

The next day we went to a private lake that my grandfather has property on looking for bass and pike in the shallows.  The day started off pretty good, then the rain came and we had to take a break in the cabin to let the weather pass.  At the end of the day (12pm-4:30pm) we caught exactly 50 fish, most were largemouth, a few smallmouth and pike.

We headed back to out cabin and had some dinner, then went back to the river for some evening fishing.  We caught more smallies, a couple more walleyes. This time we brought the net, just in case, and I'm glad we did, as just like the night before, i hooked into another muskie.  This one was BIG, and again on the 6wt. with a 3-4inch leech pattern that i often use for trout!
After a fierce battle we got him in the net, making it officially the first muskie i've landed on a fly! It was also one of the biggest muskies i had ever caught! Right about 48 inches (possibly even larger, we weren't that worried about exact measurements at the time)  It was a healthy 48 too!  All on a 6 wt rod too!

The next day was more of the same, smallies, walleyes, quite a few largemouth, and again a muskie!  My friend Brett was with us, and he had never caught a muskie before, so it was his turn!  We started off fishing for bass and walleye and were having decent luck then i hear brett yell from upstream, He yelled "MUSKIE!!!"  I grabbed the net and started running.  I got there to see another BIG fish, probably around 44inches on the end of his 8lbs mono spinning gear.   The fish took a long run, and he spit the hook.  So close to his first muskie!  Later that day he got a second chance, this time with a rod more suited for catching the toothy critters.  The fish missed several times first cast, then second cast he hit again and it was game on!  This time Brett won, and landed his first muskie ever!  It wasn't just any muskie either, it was a HUGE fish!  We taped it out in some grass in the water and it measure 47.5inches,  talk about a big first muskie!

Not a bad weekend!!
I'm currently working on another video, and it should be out pretty soon!
Also check out http://www.facebook.com/TheMadtownTroutAngler!